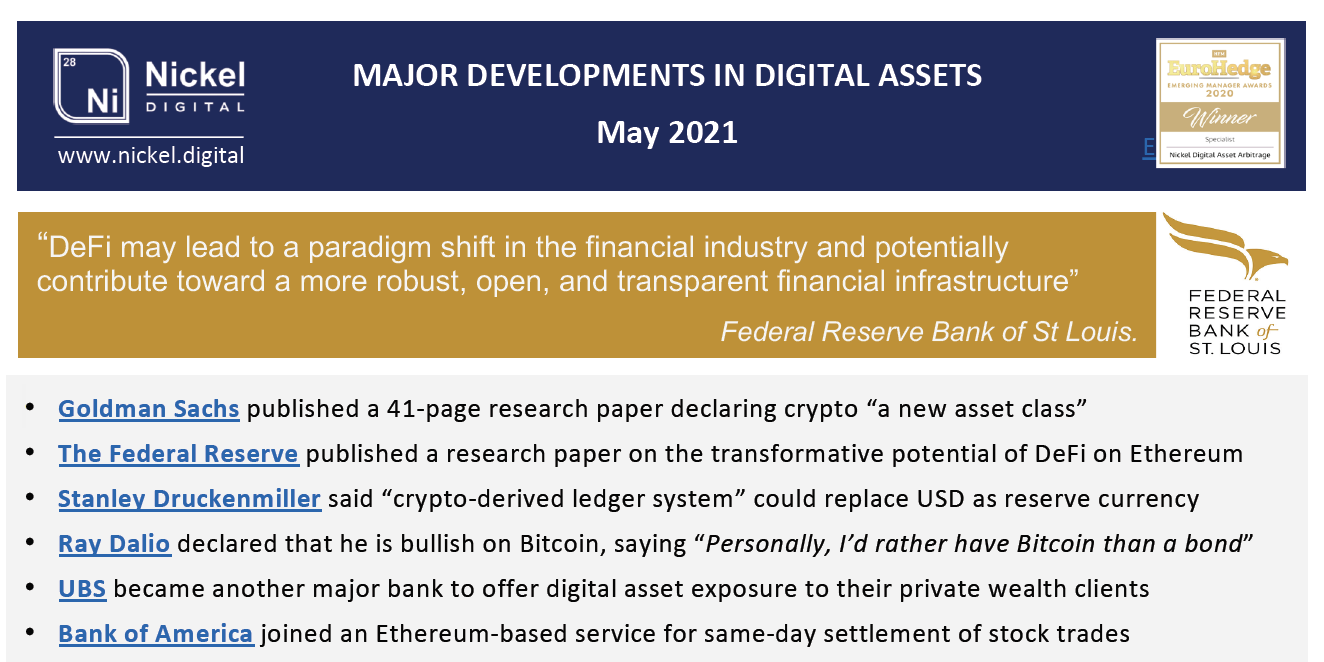 Major developments in digital assets, May 2021

•Ray Dalio declared that he is bullish on Bitcoin, saying “Personally, I’d rather have Bitcoin than a bond”

•Coinbase announced a $1.25bn convertible senior note issue, and the creation of their own media arm

•Billionaire investor Carl Icahn disclosed that he studies crypto assets, and could invest “in a big way”